Your treatment can’t be right, if your polymer is wrong!

This belt press is dirty with sludge clinging to the belt. A Jar Test can prevent this.

Today I’d like to concentrate on using the wrong polymer. I recently went to a small plant where almost everything was fine except for the belt press that was screaming that they were doing one of 2 things: 1) overfeeding the polymer or 2) feeding the wrong polymer! Turns out they were doing both! The sludge was sticking to the belt, and the filtrate was so slimy due to overfeed that I asked why they were using this polymer. “That is what they gave us” was the response. I then asked if they had some original jar test results I could look at to see if I could help them get the dosage back in line. The response was: “No. This is just what they dropped off to try. “ For a smaller plant they were using A LOT of polymer, so I made arrangements to conduct a proper jar test.

Jar Tests should be conducted for proper polymer selection and dosage

A bench scale field test (jar test) was conducted, and the discovery was amazing. The polymer they were using was actually made for a centrifuge but because it wasn’t the correct polymer for my prospective customer they had to use way TOO much polymer! This is not a good thing as it is not only expensive but bad for the environment too!

Through our jar testing, ALPINE TECHNICAL SERVICES came up with a polymer that works better than their former polymer, and they are now using 37% less polymer and getting much better results (cake solids are now up to 17+% vs. the previous 13-14%). The filtrate is now clear indicating improved capture and also no more polymer slime in the filtrate! It now also only takes minutes to clean the belt versus the hour or so it used to take.

Polymers have improved so much in the years since I started using them. It used to be that we had to make a polymer work. Those days are largely past. If you aren’t getting the performance you planned for, then either you are using the wrong polymer or you may have another problem. ALPINE TECHNICAL SERVICES would be happy to help you find out which situation you find yourself in. 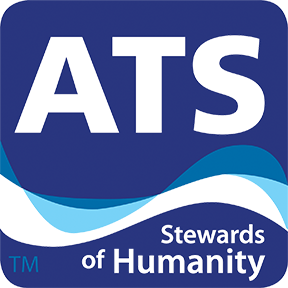